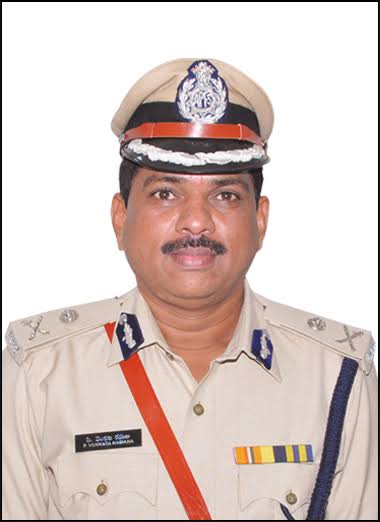 Sri P.V. Ramana is a 1998 Batch Group -1 officer. In his illustrative career of 22 years, he has held various positions in A.P. State Disaster Response & Fire Services Department. He joined as Divisional Fire Officer and worked in Krishna, Visakhapatnam & Hyderabad districts. On promotion as Regional Fire Officer in 2008, he has supervised Southern Region consisting of 7 districts. Later in 2013, he was promoted as Additional Director and deputed to Fire Prevention Wing, Greater Hyderabad Municipal Corporation where he has spearheaded Fire Prevention in GHMC in addition to the various assignments given by Commissioner, GHMC. In 2016, he was repatriated to Department and held the position of Additional Director Fire Services at Vijayawada. On his promotion, on Feb 1st 2020, he took charge as Director of A.P. Fire Services and Civil Defence Training Institute.

He is the only officer from A.P. Fire Services Department to attend the interview conducted by Union Public Service Commission (UPSC) for the Select List of 2017 for selection of Non-State Civil Service Officers to the IAS of Andhra Pradesh Cadre.